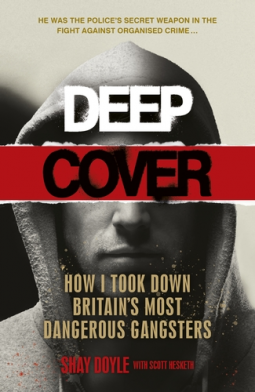 Shay Doyle (not his real name) grew up on a rough housing estate in Manchester. He came from a family which was on the wrong side of the tracks - they weren’t criminals per se, but they weren’t strictly law-abiding either, and there was lots of fighting with other residents of the estate. His father was what might be called one of the estate’s “hard men”. He also physically abused Shay’s mother.
It was in part to escape his father that Shay joined the army. Here he was unruly, but dedicated, and quite the risk taker. He left the army and someone suggested he join the police. This he struggled with (most of his family and friends hated the police) but eventually did. Again, in the police, he was a risk taker and was never afraid to go toe to toe with criminals. This got the attention of the organised crime squad, who quickly recruited him (within just two or three years of joining the police, which is quite an achievement).
It was then suggested to Shay that he apply for Undercover Officer training, which he did. He got on the course and passed with flying colours. Soon, he became a Level 1 undercover operative. Level 2 operatives do buys of crack or heroin to build intelligence on street dealers, but level ones do long-term infiltrations. I’ve read a couple of biographies of Level 1 officers before, and most are only on assignment for a couple of months, and in between they’re in detective squads - such as CID. Shay appears to have been undercover for long periods of time and sent from one level 1 deployment to another, which makes him unique.
As someone so utilised, he was used against some major criminals, though most of his assignments seem to have been against wider criminal fraternities. So, for example, he worked undercover in the Moss Side in Manchester, building a picture of the criminal landscape there, and again later in Cambridge. What he never seems to have done is been deployed against a major criminal or crime family, such as the Adams crime family in London, or the Noonan crime family in Manchester. So, he never seems to have been deployed to infiltrate such an OCG and “bring them down”. This isn’t a criticism of Shay, or even the police. As a layperson, I don’t know. Perhaps that’s not how it’s done, or such an operation would be too risky.
That said, some of his work (albeit not his undercover work so much, but his intermittent work in the organised crime unit) led him to take on Dale Cregan and the OCG he was part of, after Cregan murdered two police officers, and then later, to pursue Paul Massey’s killers.
Throughout the book, Shay Doyle talks of being a bit of a maverick who was not afraid to take on criminals. And he complains that his bosses often thought he was out of control. I’m in two minds what to make of that. As it’s his biography, it’s easy to take his side and assume his bosses didn’t - as Shay complains - understand what it took to be a successful Level 1 undercover operative. But equally, one could ask whether he did stray over the line occasionally. I have to stress. I’m not suggesting he did. I’m not making any accusation against the author. And certainly the police command seems to have had enough confidence in him to keep using him. But equally, as with any biography, this is a one sided account. Unfortunately, due to the operations he writes about being secret, we’re never likely to have a more neutral account written by a journalist (such as Michael Gillard’s book, Legacy, which looked at a Met police officer’s battle with a London based OCG), so all we have is Shay Doyle’s account, and obviously he tells things how he sees them.
This is a very good and very revealing account of undercover policing in the UK. I’m sure it’s been vetted by the police prior to publication and there are operational details he can’t divulge, and it will have inevitable limitations because of that, but it’s well worth a read.

A Taste for Poison by Neil Bradbury 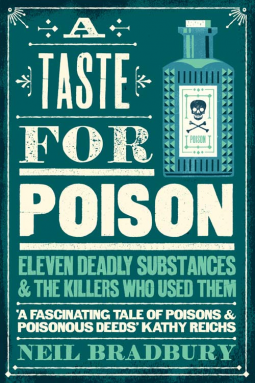 A great book for the crime writer this, and as a crime thriller writer I was keen to read it. Each chapter is dedicated to a different poison, how it was discovered (if relevant, some have been around since “the dawn of time” to use a cliché), their legitimate uses, etc.
Then, through the use of a nefarious case study - someone murdered with the said poison, and how the murder was discovered and solved - the author shows how the compound works on the body, biochemically speaking.
This isn’t a science book, it’s easily comprehendible to the lay reader like myself, and is very readable and fascinating. Personally, I was reading this for research for my writing, but I’m sure many people would find this fascinating and it’s a great read.

The Hungry and the Fat by Timur Vermes 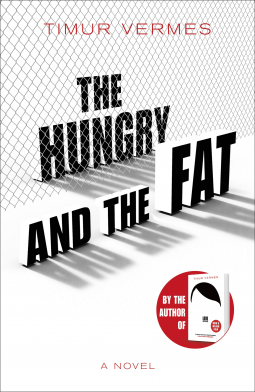 This is a book about a reality TV star/presenter, Nadeche Hackenbusch, who goes to film her show, Nadeche Hackenbusch: An Angel in Adversity, in a refugee camp in sub-Saharan Africa. Her show previously has shown the plight of refugees living in hostels, but now they’re taking it to the next level.

And soon her show is a hit.

Nadeche herself is naïve and seems to care only about shallow things (handbags and make up, etc) but the TV executives underestimate her (as does everyone) and when she falls for the refugee who is the show’s fixer, Lionel, trouble is in store. Because one thing leads to another, and she and Lionel decide to walk to Germany to seek asylum.

The author paints a scenario where all the countries this human convoy passes through let them pass, because they don’t want to be stuck with them. At first the German government and the rest of the world don’t take them seriously, but as they get closer and closer, the panic sets in.

This is a great novel and despite its length, I was gripped all the way through. The plot is weirdly plausible, despite being far-fetched, and always topical (because when isn’t the world gripped by a refugee crisis), and I write this review while Russia wages war on Ukraine and refugees flee that war zone.

While Ukrainian refugees are welcome (so far) many refugees are treated with hostility, whatever the suffering they've been through, and the author shows how those in Germany who want to be humanitarian are pitted against those who want to slam shut the gates of Fortress Europe. And all the while, the refugees are stuck in the middle.

A fantastic read, as was Look Who’s back, I look forward to Vermes’ next novel.

Murder: The Biography by Kate Morgan 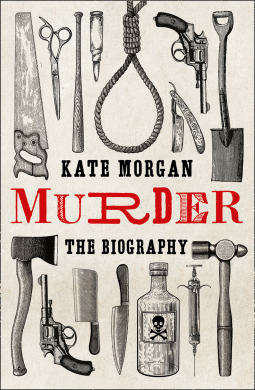 A “biography” of murder and manslaughter in the UK told through legislation. This is really a biography of the law of homicide, rather than of homicide itself.
This was a fascinating read and gave a good insight into things like insanity defences, etc, through various test cases.
That said, other reviewers have complained it wasn’t what they expected, because they thought it was going to be a “biography”/ history of murder itself, rather than the legislation (clearly they didn't read the blurb). I didn’t make that mistake, but I still felt this was lacking somewhat. For example, one issue I’m very interested in is Joint Enterprise and while this book covered that, it didn’t really do the topic justice (excuse the pun).
Also, I didn’t find the book particularly illuminating on more recent history, such as the abolition of double jeopardy (which was covered, but not in enough detail).
This title was much more interesting on historical cases, such as the grisly case that looked at cannibalism amongst sailors and the law of the sea.

Use Your Psychic Powers to Have It All by Uri Geller 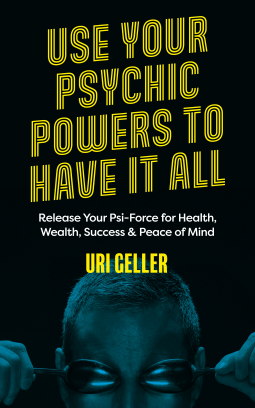 Self-improvement titles are not my usual read and Uri Geller is someone who divides opinion. Some think he’s a true psychic, some not. So I picked this up on a whim, not exactly sure what I was going to get.
I actually found this title quite inspirational. You don’t have to believe in the author’s claimed psychic powers to benefit from this title, a lot of the content involved visualisation techniques and positive thinking methods which are helpful and effective.
This is a short book, but an engaging one, and Geller has a good writing style which kept me turning the pages.

The Inheritance by Gabriel Bergmoser 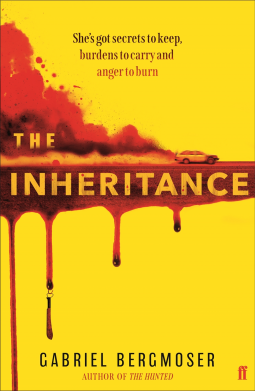 A sequel to the author’s brilliant first novel in the series, The Hunted, The Inheritance picks up a little after the first novel ended, with Maggie trying to live a quiet life while still searching for her mother.
She’s got a job in a bar and when her manager is attacked by a patron who’s clearly extorting money, she follows the man and blows up the warehouse he’s in. She’s always been a little impulsive and has an urge for natural justice, after all. The man is linked to a drug cartel though, and it’s no surprise that he ends up following her to Melbourne, where she’s following a lead as to where her missing mother might have gone to.
In Melbourne she falls in with an ex-cop friend of her father’s who she’s unsure she can trust and the two soon become cross paths with a biker gang called the Scorpions. Between them and the gangster following her, this is a recipe for violence galore.
The Inheritance isn’t as good as The Hunted in my opinion, but it’s still an excellent read. I would love Maggie to return in a third instalment and hope that she will.

Posted by TheReader at 08:16 No comments:

The Witch Bottle by Tom Fletcher 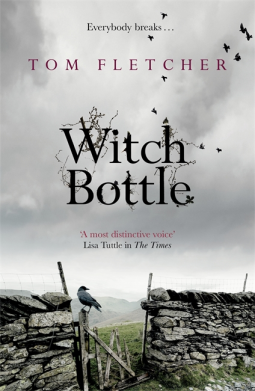 Daniel is a milkman who’s split up from his partner and young child. He lives and works in a remote rural area and does his rounds and has little in the way of any social life. The village and surrounding areas are full of eccentric characters and his work colleagues aren’t all particularly collegiate or nice.
It’s when people begin to have nightmares that the real troubles begins. And the Fallen Stock drivers (Fallen Stock being the people who collect dead animals up from farms) keep running people off the road. When Daniel meets Kathryn, a witch who makes witch bottles which stop the nightmares, and gets Daniel to distribute them to those afflicted, he soon begins to attract thew wrong attention.
This is a sinister and chilling novel which is expertly written and well worth a read. Highly recommended.